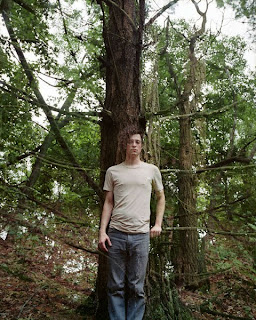 Private viewings by appointment*
*The performance of "Doyen: nothing of you is left as it once was" by Joshua Manchester will be presented at approximately 8:00pm during the opening reception.

-----
ABOUT THE SHOW:
Oh, Necromancy!  Oh, Runic Magic!  Oh, blótspánn and hlautlein! Oh, Germanic Paganism!  With earthquake and sorrow and windows shuttered, this New Decade looks to be as dark as the last and the last and the last before that, and it is in such times (as in those early times of Odin) that we must turn our eyes skyward and acknowledge our ignorance of the world, acknowledge that whatever cannot be readily understood must be sorcery.  We must consult our Lindholm amulet, fit our Greymoor Ring tight 'round our finger, and leaf through Sigrdrífumál until we find these words: "Certain is that which is sought from RUNEs / That the gods so great have made / And the Master-Poet painted"

We read further: "if high on a tree / I see a hanged man swing / So do I write and color the RUNEs / That forth he fares / And to me talks."  And at last we understand - ART IS OUR DIVINATION.  And so emboldened, we use magical staves to collage paper and ink on our walls (ROGSTAD), we perform lithomancy to aid in the photographic documentation of invisibility (SCHIFF) andcleromancy for the video record of flight and phenomena (STRATMAN),  we use our percussive instruments to chant galdr(MANCHESTER), and we produce a modern-day Kylver Stone in the form of a sacred animal (FENCHEL).

If the present of now is the future of everything, then the blind seers at BEN RUSSELL have ordained that all shall gather in one glorious sumbel, a celebration for what is and for what is to come.  ART is the way forward - the RUNEs within these apartment gallery walls have already prophesized as much.

RYAN FENCHEL is an artist living and working in Chicago, IL.  He has been featured in several group shows in Chicago and San Francisco over the past year.  His work is inspired by rituals and symbolic objects of Egyptian Mystery Schools, Speculative Masonry, the Rosencrucians, and Medieval Alchemy.  Working intuitively with a variety of materials, Fenchel is interested in the artist's creative will and an object's uncanny quintessence.

The physical world creates many rhythms that would be regular if the system they existed in were not so complex. As humans, we lack the competency to create rhythms which will adapt to complex systems, only simple ones. Our only recourse is to attempt to define the parameters of the system to suit our needs, and this has been unavoidable folly. It is Chicago-based percussionist JOSHUA MANCHESTER’s goal to achieve purposefully the sound of the limitless and intentless.

JT ROGSTAD is a Pilsen-based artist who likes beards and picture books.  He enjoys exploring the iconography of innocence, play, nostalgia, magic, and belief.  His work has appeared at various alternative Chicago art spaces including Knock Knock Gallery, the Medicine Cabinet, and the Hyde Park Art Center.

MELANIE SCHIFF is a photographer from Chicago, Illinois, who currently lives and works in Los Angeles.  She received her MFA in 2002 from the University of Illinois-Chicago, and BFA’s from New York University, Tisch School of the Arts (1999) and Goldsmiths College, University of London Fall (1996).  Solo show include New Work, Uschi Kolb, Karlsruhe, Germany (2007), 12 x 12, Museum of Contemporary Art Chicago, IL (2007), and Underwater Photographer (2006) and The Mirror (2009), Kavi Gupta Gallery, Chicago.  She has also been featured in group shows such as the Whitney Biennial, Whitney Museum of American Art, New York, NY (2008), and Sympathy for the Devil: Art and Rock and Roll Since 1967, Museum of Contemporary Art, North Miami, FL (2008).

DEBORAH STRATMAN is a Chicago-based filmmaker and artist interested in landscapes and systems. She works in multiple mediums, including photography, sound, drawing and sculpture.  Recent and upcoming projects address what Americans mean by ‘freedom’, paranormal occurrences in the information age, adolescent fire-starters, media propagation in southeast Africa and comets.  She teaches at the University of Illinois at Chicago, exhibits her work internationally and is the recipient of Fulbright, Guggenheim, and four Illinois Arts Council fellowships.

-----
ABOUT THE SPACE:
BEN RUSSELL is a newly formed art space in the Pilsen neighborhood of Chicago.  Co-curated by artists Brandon Alvendia and Ben Russell and situated around the front two rooms in the apartment of its namesake, BEN RUSSELL began presenting a series of month-long 5-person shows on Memorial Day Weekend in the year 2009.  Participating artists are invited to produce and exhibit work that is in accordance with the title/theme of each show, the name of which will be derived entirely from the 10 letters in the words "ben russell."  Future shows may include BEN RUSSELL : BLUENESS, BEN RUSSELL : REBELS, and BEN RUSSELL : US.  In keeping with the structural conceits of the French Oulipo language group and the spatial and material limits of what is effectively a rented apartment, BEN RUSSELL maintains a set of restrictions for all exhibiting artists by which:

BEN RUSSELL features a rotating roster of Chicago-based and non-Chicago-based artists and will be open for viewings one night a month and by appointment, as needed.
Posted by lapsus5 at 8:31 PM