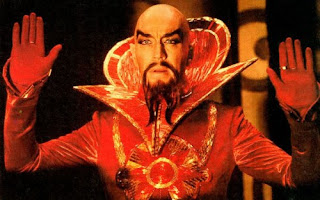 Living Treasure is a shadow of Pentagon Gallery’s first opening Nemesis, a show that engaged cultural others and darkness in music, film, literature and athleticism. Living Treasure attempts to take note from Nemesis but focuses on current global issues and America’s involvement with in them. Each artist transforms ideas of violence, destruction, environment, religion, and sexuality by utilizing different mediums and engaging the viewer to be critical of their own social nature. The show it’s self might seem sinister but stays satirical with subject and matter. The show will be paired with a free private resident screening of the 1980s film Flash Gordon and will be shown twice through out the night (7:00pm – 8:52pm & 9:00pm – 11:00pm). The purpose of the film is to utilize the space of Pentagon as a apartment gallery and to bring light to the work being shown. Living Treasure will have video, painting, drawing, sculpture, and film.