LIKE A ROCK: work by TONY BALKO and OLIVIA CIUMMO 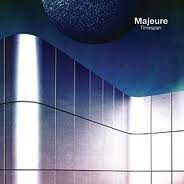 LIKE A ROCK: work by TONY BALKO and OLIVIA CIUMMO

LIKE A ROCK: Tony Balko and Olivia Ciummo express their thoughts on ROCK through film, video and photo works. In this exhibition they will s...hare processes that speak to thoughts on temporal moments of stability and holding. With some works as collaborations with musician AE Paterra as well as solo works, this exhibition will bring out each artists' interest in ROCK and ROLL, MEDIA, and MEDIATION. In good humor the name of the show stands for riffing through multiple meanings of things that ROCK.

Tony Balko and Olivia Ciummo have been working together on films for a decade, recently they have both collaborated with Majeure the alter ego of A.E. Paterra, drummer for seminal sci-fi prog explorers Zombi. Majeure has composed synthed out tracks to accompany the visuals of these two filmmakers and they plan to continue to collaborate again in the future.

OLIVIA CIUMMO’s moving image works have screened at the Museum of Modern Art in New York with collective Jefferson Presents, Milwaukee Underground Film Festival, Seoul Experimental Film and Video Festival, The Portland Documentary and Experimental Film Festival and in galleries nationally and abroad. She is a collaborating member of ACRE artist residency and teaches at Edinboro University of Pennsylvania.

Pittsburgh based MAJEURE is the alter ego of A.E. Paterra, drummer for seminal sci-fi prog explorers Zombi. Timespan is his debut release taking the term "full-length" quite literally, the album is made up of three epic, side-long journeys through time and space. Merging the darkness of Vangelis' Blade Runner-era Moog-driven scores and the stately minimalism of Steve Reich and Philip Glass with the relentless drive of Can and Silver Apples, Timespan delivers inspiring sci-fi disco of the highest caliber. Record Label Temporary Residence LTD, Denovali.
Posted by lapsus5 at 10:03 PM