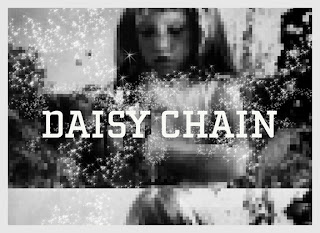 Adam Trowbridge makes work exploring the aesthetic possibilities that arise as communication breaks down. He invents incidents and simulations that occur slightly above the noise level, between words that organize our communities and the chaos that lies beyond them. His work was recently awarded a 2011 Turbulence commission and has been featured nationally and internationally including The Grey Market and Anthology Film Archives, NYC; Pleasure Dome, Toronto; Workspaces Ltd., San Francisco, CA; The Hyde Park Center, Chicago, IL; and festivals in France, The Netherlands, Switzerland, Korea, and Russia. Trowbridge is Adjunct Associate Professor in the Contemporary Practices and Art and Technology Studies Departments at the School of the Art Institute of Chicago.

Jessica Westbrook’s projects explore desire, visual cues, cultural artifacts, systems, language, and contradictory sensations that vacillate between great fortune and impending catastrophe. Always semantic in nature and modular in form, she considers her productions a section of visual language culled from a complex matrix of assets, reconfigured and repurposed per space and time. She was recently awarded a 2011 Turbulence commission and has exhibited work nationally and internationally including recent and upcoming projects for: gli.tc/h/ Chicago, InLight Richmond, Nature/Nurture Kinsey Institute, Carnegie Museum, and Experimental Media Series Hirshorn Museum of American Art Smithsonian Institute. She is currently an Assistant Professor and the Director of Technology Initiatives in The Department of Contemporary Practices at the School of the Art Institute of Chicago.
ANTENA
1765 S. Laflin St.
Chicago IL 60608
www.antenapilsen.com
antenapilsen (at) gmail.com
(773) 340-3516
Hours: by appointment only
------------------------------------

Good Morning Art Pilsen,
I am your immediate southern neighbor in Bridgeport near 34th and Morgan. I would have never thought of my neighborhood as a culturally diverse, up-and-coming, 'artsy' neighborhood when I was growing up in the late 50's and early 60's at Armour School. I am proud and amazed that this area has evolved into a friendly, growing and progressive community and city.
I am glad that we can focus more now on the similarities than on the differences in people.
There are many places to grow ...and many people to reach yet.
We are entrusted to a very important part of history. Lets write what our Grandchildrens Grandchildren will read to their Grandchildren about us 'way back in the 20teens'.
So, just stoppin' by ... my neighbor to the North in Pilsen ... 'wanna party like its 2049'... I'll only be 97