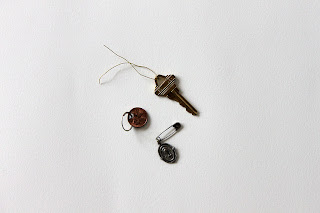 FAITH MADE questions the surface manifestations of those things deep within us, how ritual, tradition, and objects endowed with magical properties have the power to console, motivate and mystify our lives.

Faith Made examines the balancing act that takes place between the rational and emotive faculties, between the desire for the consolation that belief provides and the need to question accepted narratives. As William James observed in his lecture on “The Reality of the Unseen”, “our impulsive belief is here always what sets up the original body of truth, and our articulately verbalized philosophy is but its showy translation into formulas. The unreasoned and immediate assurance is the deep thing in us; the reasoned argument is but a surface exhibition. Instinct leads, intelligence does but follow.”

Though the three artists in Faith Made begin from a place of personal narrative, the resulting work is evidence of a variety of different approaches that attend to notions of family, faith, sentimentality, and the esoteric. The works presented here originate from a place of hope as much as from one of cynicism.

Adam Farcus’ Penny Hex creates a spiritual seal on viewers which grants them the luck of hundreds of lucky pennies, while Entry challenges the mystical power that we give to such objects and rituals. It’s Just Meant To Be, a film installation by Michael Morris, presents an incantatory collection of platitudes that fail to provide solace at the loss of a loved one. In other works such as Blue Movie and Wheel and Axle Machine, Morris addresses the technologies that preserve some part of a person: their body, their voice, or their gaze. Allison Trumbo’s video installation, which includes both Visualization Exercises That Work Like Magic and Creating Abundance in 10 Minutes Flat, parallel personal and media induced visions of romance and spirituality with the crudeness of superficiality perpetuated by pop culture.

ALLISON TRUMBO is a violin teacher and co-director of a music school on the north side of Chicago. Her work is often prompted by her experience as a nurturing motivator accompanied by the childlike fantasies that are often required to inspire her classes.

ADAM FARCUS is a Chicago (soon to be Baltimore) based artist, writer, and teacher. Through subjects such as death, joy, poetry, identity, and belief, his work elevates the banal to unexpected heights while simultaneously placing the magical in an accessible, even common, realm.

MICHAEL A. MORRIS is an artist and educator based in Dallas, Texas. His works in film, video, installation, and performance draw on personal narratives and experience to explore the implications of recording technologies for belief, interpretation, and perception.
Posted by ACRE at 12:37 PM