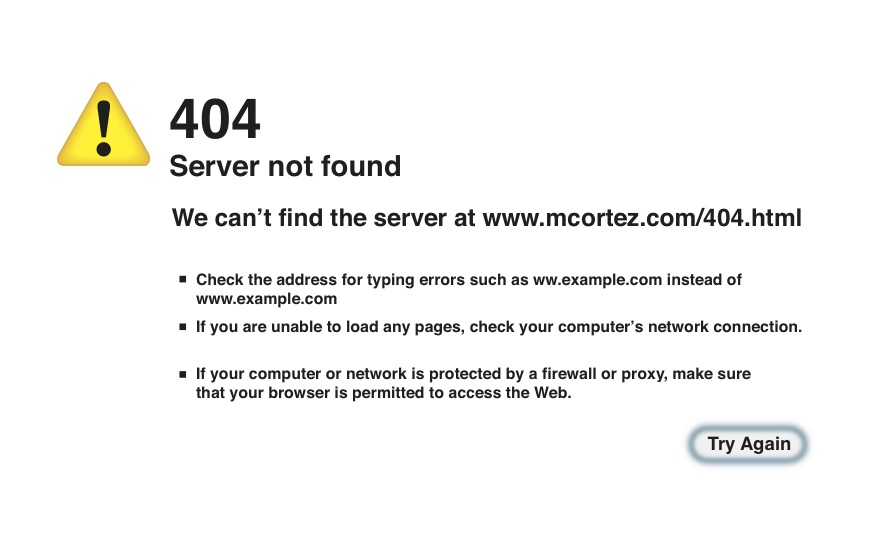 #404 Not Found
Curated by Miguel Cortez from Antena

The 404 Not Found is an HTTP web error message indicating that the client was able to communicate with the server, but the server could not find what was requested. Humans created this entity called the Internet which has no physicality but it is a collective forum for our ideas, comments and cat videos. This show is about artists using technology as an art form, from video, web, animated GIFS, social networks, virtual reality, etc.

Artist Bios:
Channel TWo (CH2)
Adam Trowbridge (b 1972) and Jessica Westbrook (b 1974) collaborate as Channel TWo (CH2), a studio/research construct focused on mixed reality, media, design, development, and distribution, authorized formats + unauthorized ideas, systems of control + radical togetherness. Channel TWo is loosely aligned with the concept of over-identification, Slavoj Žižek’s description of a tactic intended to reveal the hidden nature of dominant ideologies -- not by pointing to them but by becoming extreme forms of them. CH2 projects intersect joyful/play-oriented aesthetic experiences and user interfaces with challenging critical undercurrents. CH2's most recent projects involve interactive landscapes/game environments, and computer viruses. In 2012 CH2 was awarded a Rhizome Commission, a Turbulence Commission in 2011, and a Terminal Commission in 2009 for projects involving education, systems design, and net art. In addition to exhibitions and commissions, CH2 contributes to panels, platforms, publications, and collaborative programs involving new media, and social practices. Both Trowbridge and Westbrook are Assistant Professors at the School of the Art Institute of Chicago, where they teach courses in the Department of Contemporary Practices and the Department of Art and Technology Studies. Trowbridge received an MFA in Electronic Visualization from the University of Illinois at Chicago, Chicago, IL (2008). Westbrook received an MFA in Photography from Temple University's Tyler School of Art, Philadelphia, PA (1998). http://www.onchanneltwo.com/

His work has been released on Panospria (Canada), HAK Lo-Fi Record (France), free103point9 (USA), and has appeared in compilations by Furthernoise.org (Australia) and Sonic Circuits (USA). His video work was published in the DVD journal ASPECT: The Chronicle of New Media Art. He presents at festivals, radio programs, exhibitions, and performance venues which recently include GLI.TC/H, KUNSTRADIO, and The Kitchen; and in Argentina, Mexico, and the Netherlands, among others internationally. http://www.jeffkolar.us/
Emilie Gervais
Girl living the life, living the internet and all. If i lose this current skin, it's scary like #404voidBB. http://emiliegervais.com/

Jon Satrom is a constructive deconstructivist, a creative problematizer, a collaborative agitator and a systems spelunker. His realtime A/V performances, experimental video-works, net.art and artware have been consumed within various space-times across multiple planes. Satrom co-founded the r4wb1t5! microFestival framework and the GLI.TC/H conference/festival/gathering. He has taught and developed courses in the new-media path of the Department of Film Video New Media Animation at the School of the Art Institute of Chicago and directs the Chicago-based boutique digital studio studiothread. Sharing, bringing folks together, creative problem creating and investigating structures though failure, kludges, and glitches fuel his endeavors. http://jonsatrom.com

Rob Ray examines technology in public/outdoor spaces and creates interactive public artworks, experimental videos and sound compositions. His interactive work, GET LOST! was commissioned by the Abandon Normal Devices Festival in Manchester, UK and has exhibited at Conflux 2012 in New York and the Tracing Mobility festival in Berlin, Germany. His video game disguised as ATM, Bucky's Animal Spirit, was selected for the art.tech exhibition at The Lab (San Francisco), and the (re)load exhibition at Antena (Chicago).

Rob also collaborates with Jason Soliday and Jon Satrom as a member of the Chicago-based circuit-bent multimedia noise trio I Love Presets. I Love Presets has performed at the GLI.TC/H 2011 and 2012 festivals, The SAIC's Conversations at the Edge series and the Chicago Underground Film Festival.

From 1999 to 2008, Rob was founding curator of the DEADTECH electronic arts center in Chicago, IL, USA. DEADTECH's unique curatorial vision, residency facilities, workshop facilities and exhibition space were custom created to cater to the specific needs of the electronic artist and performer. DEADTECH exhibited artists from across the globe including the Beige Programming Ensemble, Institute for Applied Autonomy, Trevor Paglen, Norman White, Kevin Drumm, T.V. Pow and Kazuyuki K. Null. In 2010, Rob received his MFA in Electronic Arts from Rensselear Polytechnic Institute in Troy, NY. http://robray.net/

Patrick Lichty is a technologically-based media artist, writer, independent curator, co-founder of the performance art group Second Front, animator for the activist group, The Yes Men, and Executive Editor of Intelligent Agent Magazine. He began showing technological media art in 1989, and deals with works and writing that explore the social relations between us and media. Venues in which Lichty has been involved with solo and collaborative works include the Whitney & Turin Biennials, Maribor Triennial, Performa Performance Biennial, Ars Electronica, and the International Symposium on the Electronic Arts (ISEA). He is also an Assistant Professor of Interactive Arts & Media at Columbia College Chicago. http://patricklichty.com/

Amelia Winger-Bearskin works with modeling (as defined by agent based computer programming) as a conceptual prompt in her performance work, she has developed a concept of Open Source Performance Art (OSPA), she has spoken about OSPA at various academic conferences and performance festivals since 2010. She has been a solo performer at numerous international performance festivals since 2008 in cities not limited to: Beijing, China, Manila, Philippines, Seoul, South Korea, Sao Paulo, Brazil, New York NY and Washington, DC. She participated in the 2012 Gwangju Biennial as a performance artist and recently returned from an artist residency at the University of Tasmania in Australia. http://www.studioamelia.com/

Miguel Cortez is an artist/curator living in Chicago and born in Guanajuato, Mexico. He has studied filmmaking at Columbia College and art at the School of the Art Institute of Chicago. He currently runs Antena, an alternative art space located in Chicago's Pilsen neighborhood. His artwork has been shown at Gallery 414 in Fort Worth, Texas, at the Krannert Museum and at the National Museum of Mexican Art in Chicago. Other shows included exhibits in Dallas at Mighty Fine Arts Gallery, Glass Curtain Gallery and at VU Space in Melbourne, Australia. http://www.mcortez.com/