"Words feel beneath" by Sebastian Alvarez is a piece that exists in different forms, as an image, as an installation, and as a performance. This work reflects about the human relation with the earth, the disappearance of the language of storytelling, and the environments to which we depend in order to create culture. What has ultimate value, is not what is measured and seen but what exists in the many realms of meanings and connections that lie beneath the tangible realities of the world, linking all things.

Sebastian Alvarez, born in Lima, Peru, is an interdisciplinary performance artist, who is interested in transforming his personal vision into social responsibility with new cultural imperatives that include a renewed sense of community, an ecological reintegration, and greater access to the mythic and archetypal bases of bio-restoration.

Bio:
"Though I grew up in the verdant piedmont area of North Carolina, one of my earliest memories is closely inspecting the minute grid of a window screen and imagining the endless horizon of high-rise buildings in my birthplace, Hong Kong. Mine was one of only a handful of Vietnamese families in this area which Nascar racers and elementary school teachers alike fondly call "The New South." As a child, I devoted all of my creative energies towards making wearable gifts for loved ones, which they typically used once and then politely hid away. By middle school, I had already raised a brood of baby hamsters, started a small business, and learned to sew with a machine. With these achievements under my belt, I began reading only psychology textbooks, absurdist plays, and science journals in my attempt to understand the world.

My art investigates the tenuous nature of survival. Born as a refugee, my experiences are shaped by a sense of statelessness, flux, and displacement. I explore these themes to their utopian and dystopian ends through the creation of shelter, both physical and psychological. I appropriate futurist aesthetics to reposition the story of the refugee as contemporaneous with mythologies of the modern nomad. I combine the language of design and craft movements with the use of recycled industrial materials in order to challenge traditional notions of technological progress and question dominant modes of consumption and production. At the same time, I use strategies of collaboration, humor, and play, to allow for new economies of personal exchange and broach darker aspects of humanity such as war, fear, and isolation.

I received my MFA from The School of the Art Institute in Chicago, and my BFA from the University of North Carolina. I have exhibited my works at the Museum of Contemporary Art in Chicago, the National Gallery in Prague, the Yerba Buena Art Center in San Francisco, the Neuberger Museum at SUNY Purchase, the Anahuacalli Museum in Mexico City, as well as numerous non-profit and artist-run spaces. I have received the LMCC Swing Space Grant, the Chashama artist studio, and the Community Arts Assistance Program Grant from the City of Chicago Department of Cultural Affairs."

Bio:
Patrick Holbrook lives and works in Chicago. His work examines the spaces and movements of commodities and people, the intersections of power structures, ideological expression in engineered and cultural forms, cultural memory, and speculative possibilities of alternative ways of living. Based in video and digital media, but including other materials and objects, it has been shown at venues such as the Atlanta Contemporary Art Center and the Yerba Buena Center for the Arts in San Francisco, and in solo exhibitions at Eyedrum and the Saltworks Gallery Project Room in Atlanta, A\V Space in Rochester NY, and Washington State University Tri-Cities. He is an Adjunct Professor at the School of the Art Institute of Chicago and Columbia College, has been a visiting artist at Rhode Island School of Design, Scripps College, and The University of Memphis, and was an Assistant Professor at the Georgia College & State University Art Department from 2002 to 2007, where he started the digital media area. He grew up in New Hampshire and received an M.F.A. from the University of Massachusetts - Amherst, a B.A. from Hampshire College, and plays music with The Wood Knots. 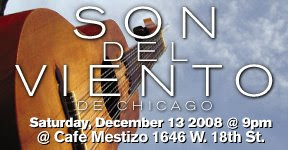