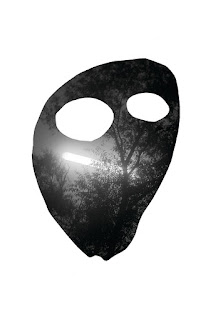 WAX / WANE is a collection of images exploring personal connection to the moon and its cyclical time. This body of work consists of photographs of the full moon with interpretive drawing on the surface and twelve drawings illustrating the artist’s association to each full moon that occurred this year, based on the Algonquin and Farmer’s Almanac moon calendars.

This work began as a prescribed obsession. A few years ago, after advice from a doctor to “pay attention to the moon,” Liz McCarthy began researching, contemplating, watching, and documenting the reflecting orb that punctuates the Earth’s night sky. Mimicking thousands of years of human instinct to create moon mythology, McCarthy uses photography and drawing to document her own personal relationship to lunar magnetism. In our urban society, surrounded by buildings and pavement, culture is less attached to the natural forces that have so much effect on both our surroundings and physical bodies. McCarthy seeks to emphasize the act of looking up and acknowledging the moon and its constant changing phases.


LIZ MCCARTHY is an artist based out of the Pilsen neighborhood. She moved to Chicago two years ago from North Carolina to help found Roxaboxen Exhibitions gallery and studio co-operative. She balances her art practice with her role at Roxaboxen as co-director and curator. Most of her work is made through a process of combining photography with mixed media to document her perception of time and place and its relationship to identity.

More information about Liz McCarthy can be found at liz-mccarthy.com

More information about Mr. 666 can be found at michaelperkins-mr666.bandcamp.com

This project is supported by a Community Arts Assistance Program grant from the City of Chicago Department of Cultural Affairs and the Illinois Arts Council, a state agency.

More information about ACRE can be found at www.acreresidency.org. 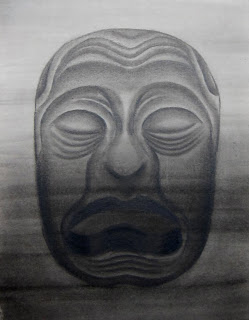 Edra Soto (b. Puerto Rico) is a Chicago based artist. In 1995 Edra received the Alfonso Arana Fellowship to work in Paris for one year. She attended The School of the Art Institute of Chicago where she obtained her Masters of Fine Arts in 2OOO. Immediately after, she attended the Skowhegan School of Painting and Sculpture. She has exhibited nationally and internationally. Her work has been feature in New American Paintings and her show at Ebersmoore was selected Best Solo Exhibitions of 2010 NewCity Art of Chicago. Soto has lecture at El Museo de Puerto Rico, Harold Washington College and The Art Institute of Chicago among others. She is a member of the collective ED JR. with Deborah Boardman, Jeroen Nelemans and Ryan Richey. She is also the founder a fashion blog dedicated to artists with a flair for fashion called ModaMasters  at modamasters.blogspot.com

Locally she has exhibited at Roots and Culture, , Longman and Eagle with Harold Arts, Ebersmoore, curatorial work for Dock 6 Design & Art Series and the UBS 12 x 12 at The Museum of Contemporary Art of Chicago among others. This summer, Edra completed a two-week residency at Ragdales newly renovated Meadow, granted by the 3Arts Foundation. Also this summer, she lectured at Beta-Local, an international contemporary space located in San Juan, Puerto Rico. Current presentations include: CoLaboratory with ED JR. and (f)utility curated by Annie Moorse at The Glass Curtain Gallery, Columbia College, Core Values at North Branch Projects and  New Ways: An Exhibition of Ragdale Fellowship Artists both  curated by Regin Igloria. Upcoming presentations include:  Archival Impulse at UICGallery 400,  LIVING By Example with husband Dan Sullivan, the inaugural exhibition of The Frankin projects space at NEIUFine Arts Center Gallery and Afterimage satellite exhibition at the Roger Brown Study Collection curated by Dahlia Tulet and Thea Liberty Nichols. 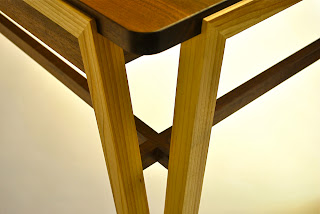 Dan Sullivan was born and raised in Maine, studying in Minnesota before moving to Chicago in 1997. After years working in both the trades and the arts, Dan used his experience to found Two Lights Contracting, specializing in residential and commercial rehabs, and Navillus WoodWorks, a custom furniture and millwork business. Clients include the Chicago Architecture Foundation, Drag City Records, Renegade Handmade,  and the Illinois Holocaust Museum.

Navillus Woodworks is a member of the Dock 6 Collective, showing in the bi-annual Design & Art Series as well as with the Object Society and in The Design Harvest Art Fair.  Dan has worked closely with Kujawa Architecture to develop a modular shelving system. With his wife, conceptual artist Edra Soto, Dan has collaborated on sculptural pieces that have been exhibited widely in venues including Ebersmoore Gallery and the Museum of Contemporary Art of Chicago. This last year Dan has been developing the Franklin Series, a furniture line for Navillus WoodWorks, and is in the process of securing two design patents. Dan is also an active musician, playing in the bands Rabid Rabbit and Arriver. Both bands are due to release new records on the Bloodlust! Label.

ABOUT THE MDW FAIR:
Chicago: on October 21st- 23rd, The MDW Fair presents a Fall Showcase of solo and duo exhibitions curated by small not-for-profits, artist-run spaces, independent galleries, collectives and curators from around the country. This iteration of the MDW Fair runs in conjunction with The Hand in Glove Conference and will highlight innovative curatorial and administrative practices happening in independent arts initiatives. The Fall Showcase will focus on the practices of individual artists, offering the opportunity for each artist to mount an ambitious project. The Fall Showcase, like the previous MDW Fair, will also feature an independent arts publisher’s forum.

Formed in spring 2011 as a collaborative project between the Public Media Institute, Roots & Culture and threewalls. The MDW Fair was conceived as a showcase for independent art initiatives, spaces, galleries and artist groups from the Chicago metropolitan area. The initial fair, which took place April 23 & 24th of 2011, drew large crowds and press from ArtSlant, The Chicago Tribune, Bad at Sports and more as Chicagoans gathered for a special focus on the visual arts in their county.

In conjunction with The MDW Fair, threewalls & Alliance for Independent Arts Organizers will be hosting The Hand in Glove Conference on the first floor of the Geolofts. The Hand in Glove Conference is a new semiannual conference for independent visual arts facilitators working at the crossroads of creative administration and studio practice. This conference is open to people engaged in the pragmatic realities and imaginative possibilities of organizing exhibitions, re-granting programs, publications, residencies, public programs, platforms for projects, and a variety of other programming that challenges traditional formats for the production and reception of art at the grass-roots level.  The Conference takes place October 20-23rd and is open to registered participants only. Visit threewalls for more information. 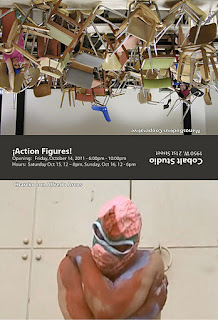 Action figures serve as symbols, icons, toys, stimulate fantasies and allow us to animate the inanimate.

* This is an official Chicago Artist Month event.
Posted by Miguel at 6:13 PM No comments: