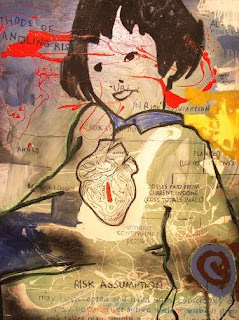 “Everything in life is a risk.”
Antonio Martinez, Chicago

Antonio was born in July of 1978, in Chicago, Illinois where he currently lives. His work is influenced by urban life experiences and a connection to his Mexican-American Heritage.

Inspiration for his work is drawn from the tangle of human relationships remaining commonly rooted in the world of the every day. Autobiographical and narrative in style his aim is to express human feelings and to assert human values, believing that no art is worthy of its name unless it contains some element of beauty.

Hour d’oeuvres will be served and parking will be available.

There only needs to be one Time Based Art Show, you can set your Time Machine’s Coordinates to the following event:

Time Traveler’s is a holistic look at pre-apocalyptic, post-feminist, trans-structuralist, and post post-modern misadventures. Time Traveler’s celebrates misanthropic investigations of human relationships, subversion, and mayhem of any variety; we are actively against describing ourselves anything as simple as avant-garde. Time Travelers recognizes that NEW MEDIA has incorrectly been identified as the repository for all art technologies utilizing a video camera, a computer, and an electrical outlet, but insists that as artists, first and foremost, we can use any f*&%@!’n media we want!

At 3pm on Saturday june 30th we are holding the Time Travelers Panel discussion:

Each time a loaded art word is used, two or more universes will be created in which differing ideas become the dominate paradigm [Everett-Wheeler Graham Theory of Branching Universes]. The following panelists will be but may not be in attendance [Heisenberg Uncertainty Principle]:

The most contentious art movement since the Dadaists, this Time Traveler community discussion on time, space, art and possibilities will occur. Due to the implications of Bell’s Therom, it will link listeners at a Quantum Level across n-dimensional Hilbert Space. WARNING: This panel may be outrageous, and may use utilize a ridiculous blend of word-salad artspeak. Please, a special request to time travelers: check in before teleporting during the panel.

Zurkow's recent projects include The Space Invaders, a site-specific single channel video for WNET/PBS in New York; and the seven channel animated installation, Nicking the Never, which premiered at FACT in the U.K. in 2004. She's created the award-winning episodic cartoon Braingirl, chronicling a mutant-cute girl who wears her insides on the outside; Pussy Weevil, or How I Learned to Love the War, a vile cartoon persona who reacts to a viewer's proximity; and PDPal, a public art project for screen, web and mobile devices that allows a user to ìwrite her own cityî (with architect Scott Paterson and technologist Julian Bleecker). Zurkow's icons and characters have been incorporated into films, hotel design, lightboxes and clothing.

Upcoming projects include Karaoke Ice, a truck with a persona that stages karaoke battles for ISEA/ZeroOne, the San Jose Biennial in 2006, and Funnelhead, which will be realized as a graphic novel and as an animated, sculptural installation.

Zurkow's work has been exhibited at Sundance, the Rotterdam Film Festival, Ars Electronica, Creative Time, The Kitchen, the Walker Art Center, the Brooklyn Museum, SFMoMA, Eyebeam Atelier, and bitforms gallery, and has been broadcast on MTV, Fuji TV and PBS. She is a 2005 NYFA Fellow, a 2003 Rockefeller New Media Fellow, and received grants in 2005 from the New York State Council on the Arts, and in 2001-2002 from Creative Capital, the Jerome Foundation and the Walker Art Center. She teaches at NYU's Interactive Technology Program (ITP) and lives in Brooklyn. 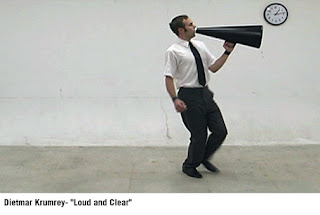 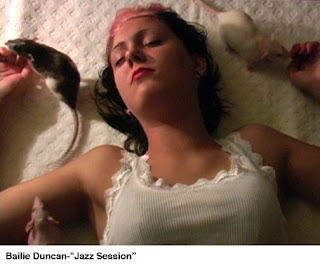 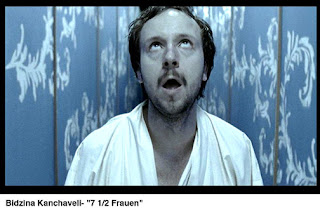 Come and meet some of the artists who will be present during the Opening Reception.