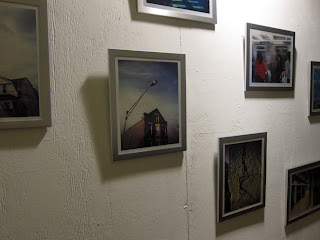 Antena will participate in this December's Verge Art Fair in Miami and we are having an art sale to raise funds to pay for necessary expenses. We will have affordable art by Miguel Cortez, Saul Aguirre and others. 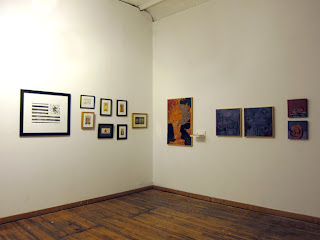 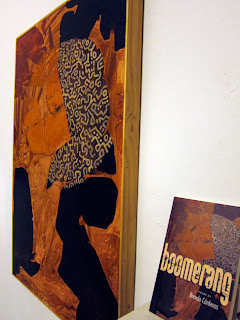 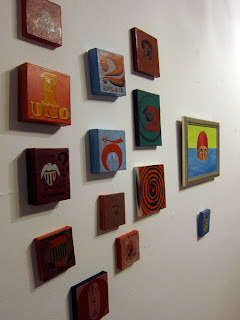 MARK NELSON, an artist and teacher, has been a resident of Chicago since 1984, when he arrived from the Republic of Panama. His work was shaped from his roots as a "gringo" living from adolescence into adulthood in a unique Latin American country where the "land divided and the world united".

His work can be found in private collections as well as a commissioned mural painting for the new U.S. Embassy-Consulate in the Republ ic of Panama in 2007. His "Gringolandia" Studio and home is located in Chicago's own Pilsen community, where he is an active and highly regarded artist. He has received numerous grants and awards as a teacher and a professional artist, including twice taking the Illinois Arts Council esteemed Fellowship.

"Reverse Engineering: works from the Painted Desert" is the latest series of works to come from two summer residencies in 2010 and 2011, during which Mark researched the landscape and indigenous history of Northern Arizona as a teacher-ranger and videographer for the U.S. National Park Service. MARK NELSON began his paintings outside of his park residence above the Painted Desert.

The Painted Desert, a carved basin of land once a river larger than the Amazon, is at the center of the Petrified Forest National Park. The park, abundant with Pueblo ruins, petroglyphs, petrified trees, and Triassic fossils, provided rich sources of inspiration to Mark, and he ventured out to other sites under the jurisdiction of the Hope, Navajo, Apache, Zuni, and 18 other indigenous nations.

Nelson attributes his greatest influence during these summers to attending the noon dance rite of Niman, by invitation of Hopi artists. Niman is a Hopi celebration of the Summer Solstice that reunites family and friends. The paintings, which MARK NELSON presents here at the CARLOS & DOMINGUEZ Fine Arts Gallery, are filled with the symbolism, landscaope, colors, and bountifulness of this region.

Not to be missed, these works of artistic vision are a cultivation of enlightenment. MARK NELSON has had a number of unique experiences which have contributed to artistic expressions like none other.

After Opening night, viewing is by appointment:

Contact: Len Dominguez at: feriadelaluna @yahoo.com
Posted by lapsus5 at 5:51 AM No comments: