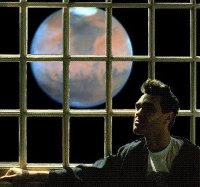 *The performance "NO ONE ALIVE TODAY WILL EVER SEE THIS AGAIN" by Roxane Hopper and Julie Rudder will be presented once at 9pm during the opening reception. Paul Chan's video "RE:_THE OPERATION" will only be screened on the 5th of July.
BEN RUSSELL
1716 S Morgan #2F
Chicago, IL 60608
Private viewings by appointment*
-----
ABOUT THE SPACE:

BEN RUSSELL is a newly formed art space in the Pilsen neighborhood of Chicago. Co-curated by artists Brandon Alvendia and Ben Russell and situated around the front two rooms in the apartment of its namesake, BEN RUSSELL began presenting a series of month-long 5-person shows on Memorial Day Weekend in the year 2009. Participating artists are invited to produce and exhibit work that is in accordance with the title/theme of each show, the name of which will be derived entirely from the 10 letters in the words "ben russell." Future shows may include BEN RUSSELL : BLUENESS, BEN RUSSELL : REBELS, and BEN RUSSELL : BEER. In keeping with the structural conceits of the French Oulipo language group and the spatial and material limits of what is effectively a rented apartment, BEN RUSSELL maintains a set of restrictions for all exhibiting artists by which:

BEN RUSSELL features a rotating roster of Chicago-based and non-Chicago-based artists and will be open for viewings one night a month and by appointment, as needed.

As a follow-up to last month’s inaugural exhibition (BEN RUSSELL : BENRUSSELL, which foregrounded the apartment-as-found-object), BEN RUSSELL is proud to present the second show of its new and still-dewy-eyed life in the form of BEN RUSSELL : RUSE .

In an attempt to accurately reflect the past, present, and future of the ranks of the Pilsen artist-run spaces that they have joined, BEN RUSSELL’s own artist-curators Brandon Alvendia and Ben Russell have asked Paul Chan (Dogmatic, 1997-2005), Marco Kane Braunschweiler and Martine Syms (Golden Age, 2007-present), Miguel Cortez (Antena, 2008-present), Roxane Hopper and Julie Rudder (VEGA Estates, 2007-present), and Kelly Kaczynski (Unnamed Future Space, ? – future) to present work that abides by the restrictions and theme of their new space. Conceived of in part as a counterpoint to the “Artists Run Chicago” show at the Hyde Park Arts Center, this exhibit features the mostly-new works of seven artists behind five different artist-run spaces in the Pilsen neighborhood.

As such, BEN RUSSELL : RUSE is both wily subterfuge and meta-provocation, an interrogation into the complex relationship of artists and curators as content/context providers through the blurring of authorship. Are curators the new artists or are artists the new curators?

And so: come plumb the depths of psychic surveillance, backwards stage sets, makeshift cosmic phenomena, backyard re-inventions, and Colin Powell reading from Foucault on the inevitability of history! Ponder the differences between the artists' studio practices and curatorial agendas! See the contract** signed by Kelly Kaczynski that makes the exhibition of her work contingent on the future opening of her own Pilsen artist-run space! Sit in the dark and watch a video by Paul Chan!

A veritable Where’s Waldo of trickery shall ensue as any number of RUSEs are laid out by the exhibiting artist-curators. In keeping with the newest of post-holiday customs, day-old fireworks, vegetarian barbecue, and beer will be available to all gallery visitors upon request while supplies last.

MARCO KANE BRAUNSCHWEILER and MARTINE SYMS are visual artists and conceptual entrepreneurs based in Chicago, Illinois. In 2007, they started Golden Age, a concept shop that sells publications, music, apparel and other editioned works created by artists. Golden Age makes a statement about an alternative mode of making and selling art; that it can be straightforward, accessible, and moderately priced. They are currently interested in using their lifestyle as creative content.

PAUL CHAN lives and works in New York. In 1997 he founded Dogmatic in Chicago with Aviv Kruglanski, Andrew Natale, and Michael Thomas, a space that was "committed to civil and artistic actions that could draw attention to the growing rifts within their community." The gallery exhibited work by Jeremy Boyle, Amanda Ross-Ho, Scott Wolniak and many others. Chan's recent solo exhibitions have been presented at the New Museum, New York (2008); Stedelijk Museum, Amsterdam, (2007); Serpentine Gallery, London (2007); The Fabric Workshop and Museum, Philadelphia, (2006-07); Portikus, Frankfurt, (2006); Magasin 3, Stockholm Konsthall (2006); Para/Site Art Space, Hong Kong (2006); UCLA Hammer Museum, Los Angeles (2005); and The Institute of Contemporary Art Boston (2005).

MIGUEL CORTEZ is an artist living in Chicago and born in Guanajuato, Mexico. He currently runs an alternative contemporary art space called Antena in Chicago's Pilsen neighborhood, and was a founding member of Polvo, an art collective that began in 1996. He has organized various shows throughout the years at the Polvo space and a variety of other alternative spaces. His work has been exhibited recently at the Krannert Museum in Champaign, IL , the National Museum of Mexican Art in Chicago, and the Bridge Art Fair in Miami. Past shows include an exhibit at Mighty Fine Arts Gallery in Dallas, "Lo Romantico" at Glass Curtain Gallery and "Lies that Bill Gates told me: Exploring the Digital Divide" at VU Space in Melbourne, Australia.

ROXANE HOPPER and JULIE RUDDER met while in graduate school at Northwestern University's department of Art Theory and Practice. In 2007 they started up the project space, Vega Estates, from a shared interest in the creation of art and community in Chicago. Both artists work in multiple media, including photography and video and recently their individual practices have both been concerned with light as material - Roxane's being more invested in the spiritual and Julie's in the relationship to the political. Julie is from Eastern North Carolina and Roxane is from San Antonio, Texas.

KELLY KACZYNSKI is an artist living in Chicago but with an affinity to the landscape surrounding the Pacific Northwest, where she grew up. Her work, while existing in a temporal-spatial platform, is predominately materials based. Her most recent exhibition, 'Olympus Manger', Scene II was exhibited at the Hyde Park Art Center, 2008. She teaches in the Department of Art Theory and Practice at Northwestern University.
Posted by lapsus5 at 3:39 PM