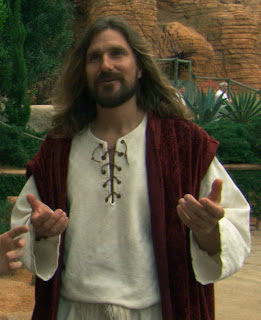 "Religare":  according to Tom Harpur and Joseph Campbell the word Religion derives from the Latin word "ligare" which means "bind, connect", and combined with the prefix "re"= re-ligare, i.e. re (again) + ligare or "to reconnect".

For this art exhibit, artists will create work that analizes and critiques the concept of religion.

The exhibit takes place at Antena in Chicago's Pilsen neighborhood from August 6-September 4, 2010 with the art opening taking place on Friday August 6th from 6pm-10pm.

Deadline for submissions: April 1, 2010
Email proposals and images to: antenapilsen (at) gmail.com

Send a brief proposal of what you would like to show, i.e. installation, 2D work, new media, video, etc. Send jpegs, bio, statement and CV.
Posted by lapsus5 at 6:54 PM

Why not explore the concept of spirituality? Why religion? Organized Religion is a power structure that continues to oppress the poor.

well in this show all will be analized...i hope.