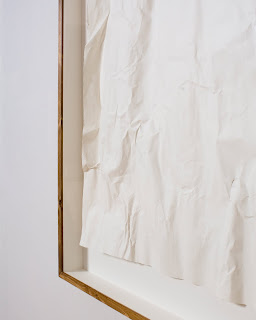 A Line Describing Eternity explores the ephemeral, knowing that sensations can never accurately be conveyed. Through subtle gestures and their resulting artifacts Rynkiewicz attempts to actualize the immaterial with objects, embracing the tension between the two. Much like drawing an endless line, these works aim to picture that which cannot exist.
JOSEPH RYNKIEWICZ is an artist and freelance photographer living in Chicago. He received his BFA in Photography from Columbia College in ’07. When he’s not picking up freelance work or working as Exhibitions Coordinator at Marwen you can find him slinging cocktails as one half of the arts commerce project Hornswaggler Arts.
More information about Joseph Rynkiewicz can be found at www.josephrynkiewicz.com